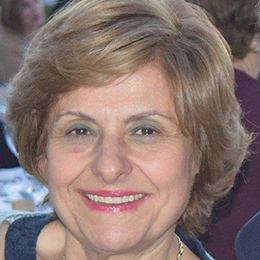 Katerina Kyttea-Papadokostaki holds a degree in English Language and Literature from the University of Athens. She founded Kyttea English Language School in 1978, after having worked for three years in language schools in Athens. Attending seminars, exhibitions, and various types of events centred around English language teaching, Katerina decided to open her own school in Nafpaktos, the town she grew up in. She wanted to create her own space and apply her own methodology, based on years of research, using modern technological means.

A founding member of the Association of Foreign Language Owners of Aitoloakarnania, Katerina served as a Nafpaktos representative on the board of directors and secretary of the association for several years. She also repeatedly represented the association at the Panhellenic Federation of Language School Owners. She established the first Palso examination centre in Aitoloakarnania and was a member of the English language examination committees of the Federation and head of Palso examinations.

Katerina taught English for 35 years, specialising in training English teachers, and organised trips to many cities in Great Britain for educational purposes. Her motto throughout her professional life has been: Always evoke the 'joy of learning'.