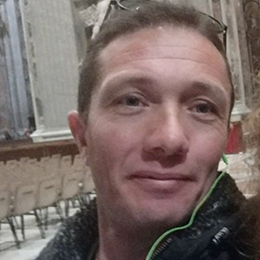 Eirineos (Renos) Maliaris was born and raised in Thessaloniki. He studied at the Department of Forestry and Natural Environment at the Aristotle University of Thessaloniki, however he was quickly won over by the field of information technology and computers. He has worked both in programming and in the implementation of automated systems.

Upon completing his military service, Renos worked with some of the largest Greek companies in importing and trading electronic goods (infoQuest SA, SMData SA and Pouliadis SA). Then, for two years he was head of sales in northern Greece for OteNet. He was also a member of the design and implementation committee for a unified school network and a member of the design and implementation team of a unified information system for the Municipality of Evosmos (a model on which Greek e-government is based on even today.) At the end of 2004 he co-founded Thessaloniki- based Web Design, a company offering consulting and internet services, as well as complete computerisation solutions. In 2009, after a change of residence, he left the company and since then he has been working as a freelance programmer and information systems consultant.

Renos has taught several training courses on new technologies for primary and secondary school teachers and has attested the lack of basic knowledge among school-age students. Wanting to address this lack at a young age, he participated in the STEM-Robotics classes of KYTTEA Centre for Creative Activities for Children. His philosophy is that a child's mind should be exposed to a multitude of different and diverse stimuli, creating the right background on which to base knowledge and skills that will accompany them for a lifetime. Thus, escaping from the obsession of teaching "robotics and programming compulsively", he tries to bring children into contact with science, through play and simple constructions.