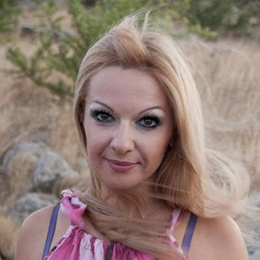 She has been involved in the design, organisation, directing and execution of numerous theatrical performances as well as physical and visual theatre plays for adults and children. She was also a teacher-facilitator in the programme "Dramatic Play and People with Special Needs" with the support of the National Confederation of Disabled People at institutions that house people with special needs.

Since September 2008 she has been running a theatrical workshop in Nafpaktos, teaching Psychodrama, Dramatic Play, Acting, Pantomime, Improvisation and Verbal speech training, in collaboration with renowned actors, directors and psychodramatists.